Impression
Yes, I traded in my GH3 and repurchased the Olympus OM-D E-M5 Mark II + M.ZUIKO DIGITAL ED 12-40mm F2.8 PRO. I really needed to try and see how good (or bad) this camera be for still photography, particularly for panorama photography compared to my usual go to setup – which is the Nikon D810 + AF-S NIKKOR 14-24mm f/2.8G ED.

In short, the Olympus OM-D E-M5 Mark II + M.ZUIKO DIGITAL ED 12-40mm F2.8 PRO did a really decent job. Especially when a light condition was good it captured and rendered color really well (well I suppose most of the current digital cameras, including iPhone6, could do it well when the light condition is good).

That said, some shots turned to be not so great but I guess it was not because of the camera but it was because of me – not carefully composing my shots or properly adjusting exposure and etc…

My favorite shots were however ones that taken on the top of the Karamatsudake sanso. The camera on a tripod was left for 150 minutes, facing directly to the sun light, exposed to the harsh weather condition but it captured and handled light and color really well, at least that was just to my liking.

Oh, and what surprised me the most was how long the battery lasted during my timelapse shooting just mentioned above. The E-M5 Mark II is rated at 310 shots per charge but it actually lasted 11 times more. Yes it was 11 times more battery life than what it officially claims! I shot little over 3,800 shots during the course of three day trip and used just two batteries. The second battery wasn’t even empty. It was still a half full when I got back home. It was just amazing! One thing I need to mention is though that I set the In Body Image Stabilizer turned off on my entire shooting. Definitley Olympus’s In Body Image Stabilizer drains battery life really, really quickly.

In addition, I really liked the size of the camera. Compact and light weight. Buttons and dials are well positioned. One thing I wasn’t so impressed by was Electric Viewfinder. It wasn’t that bad, but it just can’t display color precisely. For the viewfinder, Optical Viewfinder is far more superior than the Electric Viewfinder.

As for the GH4, it was just as expected. I’ve been using the LUMIX since the GH3 and the GH4 is not a different camera in terms of basic features it offers. To me, the GH4 is for now the best camera for timelapse shooting for its weight, camera size, file size (16MP m4/3 vs 36MP FF), ergonomics and battery life.

I also like the camera’s ability to change aperture, ISO and shutter speed during my timelapse shooting. These are things that nice to have – especially if you want to maintain exposure value while shooting timelapse. I specifically wanted to try the “holy grail” of timelapse shooting but I didn’t do a good job on that. So must try next time.

Final Thought
Overall, I’m pretty much happy with the results. Both cameras did a great job on what I intended doing (nightlapse, holy grail and panorama photography). These cameras definitely helped me capture those special moments, though, I like to point out that one important finding from this trip was that I (finally) realized that it’s not the camera, but a person who takes a photo that matters…. 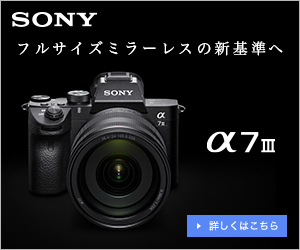